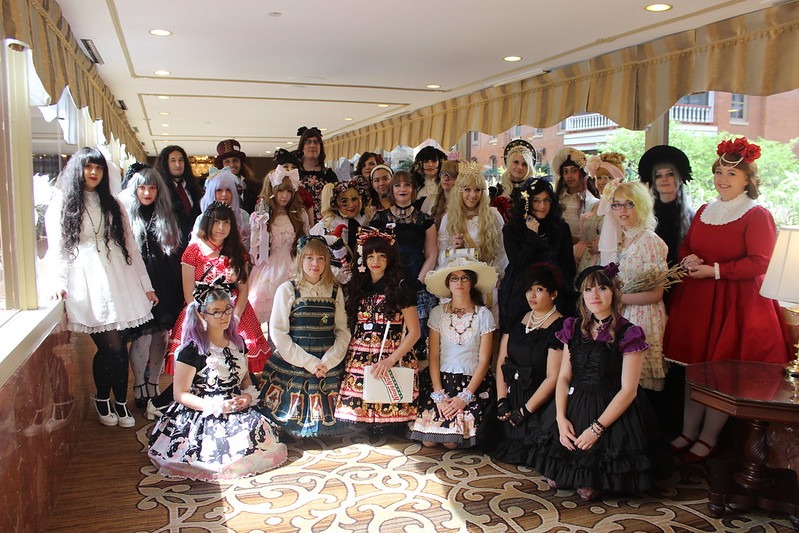 The Colorado Gothic and Lolita Society was founded in 2005 on LiveJournal by a lolita named Janora, who has been described as a mentor to many other lolitas. Another early member of the society was Raven, who is still active in the comm today and is on the Rosé Forêt planning committee. Danielle from Mint Kismet Shopping Service used to be a member of the comm as well. In the early days of the comm, meetups were much smaller and more tight knit than they are today, but even with the growing EGL community both in Colorado and globally, COGALS remains for the most part pretty tight knit!

Around 2011, the society began its switch to Facebook for its primary platform and recently a Discord group was made.

The Colorado Gothic and Lolita Society has over 200 members. Rae, as one of the most active and one of the longest running members of the comm, is considered by many to be the leader of the society. She runs most of the behind the scenes activity, including but not limited to, moderating the Facebook group. She is also on the Rosé Forêt planning committee! Our comm is laid back, and drama isn't commonplace.

Since the pandemic began, the comm leaders have organized activities such as spirit weeks and virtual tea parties with great success. We, as the Colorado Gothic and Lolita Society, are so excited to invite you to join us at Rosé Forêt!

Check back soon for more updates!